A 20 minute session using Red and Infrared Light designed to re-hydrate the face, and increase collagen and elastin formation, resulting in a reduction of fine lines and wrinkles. It aids in decreasing flaccidity, lifting sagging tissues and restoring skin tone and texture resulting in an overall improvement…erasing years from the face.
Ten treatments are recommended. Maintenance once a month or as needed can prolong the youthful appearance.

“I started my LED treatments a month ago, and I can already see that a lot of the lines around my eyes have disappeared! I was considering doing Botox before I learned about Microspa and what they can do – thank goodness for them because I was not too thrilled about getting shots around my eyes! It’s so easy, and it doesn’t hurt!! All aging women need to do this!” Amy C. – Altamonte Springs, FL

Recommended Skincare Products from Clear Choice to Enhance Your Results:


History of the LED

In 1903, a Nobel Prize of Medicine was given to a scientist by the name of Niels Finsen for the use of light therapy; as then named photo therapy. Research progressed and by the 1960s photo therapy – now referred to as LED Therapy (or LEDT) was being used primarily in Eastern Europe for treatment of chronic pain, arthritis and associated conditions, joint rehabilitation, and soft-tissue injury along with other medical ailments. During this same time LEDT was being used in a small sector of the United States by equestrian practices for animals with joint and soft tissue injury.
During the 1980s though current, the field has expanded and more clinics and medical science industries are putting the effects of Light Therapy to work in larger and vaster capacities. Through numerous studies and years of use of red light therapy and infrared light therapy it was found that the tissue was not only healing but superficial cosmetic conditions were improved as well.
Red Light (wavelength 630nm-640nm) penetrates human tissue superficially, with approximately 80% of the energy being absorbed in the first 2cm. Red light energy has a significant effect on mitochondrial stimulation, which increases the production of ATP and in turn boosts fibroblast activity. This leads to an increase in cellular turnover, superficial circulation, and an anti-inflammatory emission. Infrared (IR) Light (wavelength 800nm – 900nm) energy penetrates tissue at a greater depth than the red light. Approximately 50% penetrates to 8cm and decreases to less than 1% at 20cm (NASA study). For cosmetic applications, IR stimulates the NaK+ pump which increases cell membrane permeability; facilitating equilibrium of cellular pH, while increasing nutritional absorption and elimination of waste byproducts.
Lightwave™ Blue, Red and Infrared Light Therapy is 100% natural with no known adverse side effects, making it a safe alternative to prescription drugs and other painful treatment options. LIGHTWAVE™ utilizes Light Emitting Diode (LED) technology with a low-level power output, which has been determined by the FDA to be of non-significant risk. LIGHTWAVE™ treatments are completely noninvasive and do not produce any thermal damage or pain, like IPL (Intense Pulse Light) or highpowered laser resurfacing units. 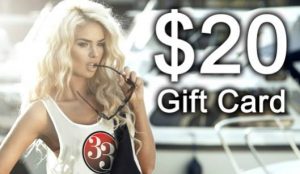